Debugging is a methodical process of finding and reducing the number of bugs, or defects, in a computer program thus making it behave as expected.

A debugger is a computer program that is used to test and debug other programs.

thinBasic has its own debugger called thinDebug. thinDebug has been developed both as integrated application and as module. With thinDebug programmer can control application execution step by step inspecting variables and functions stacks.

There are 3 ways to execute a thinBasic application in debug mode:

1.from thinAir editor pressing F8 or the corresponding icon in toolbar

2.adding the following line into the script:
USES "Trace" 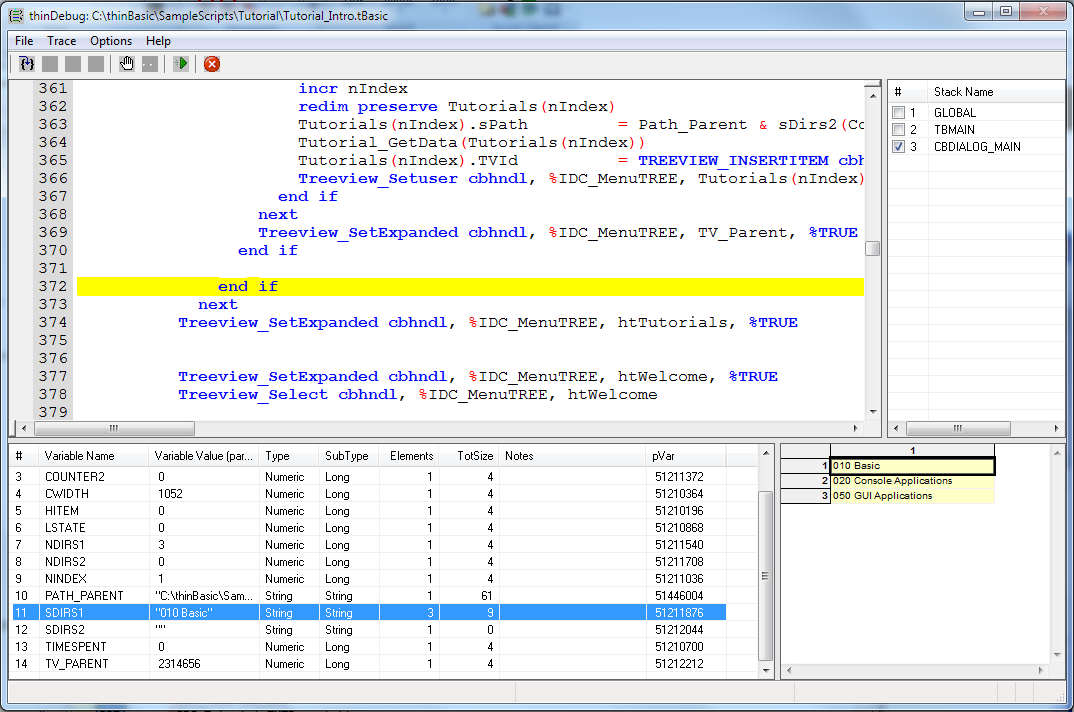